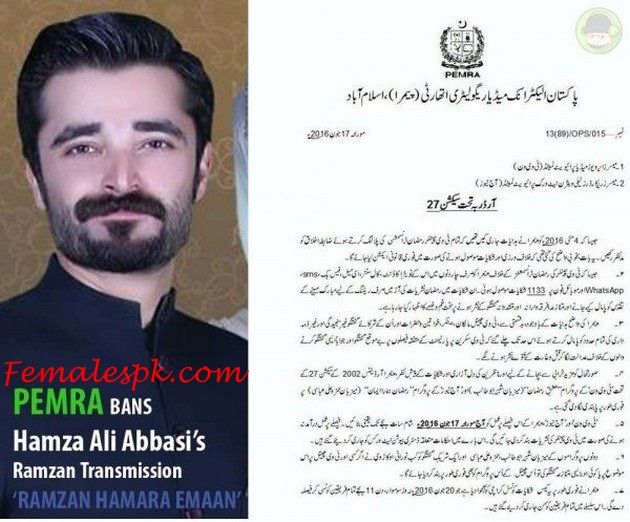 He is a well known TV actor of Pakistan and he had worked in many famous and hot TV dramas like Pyaray Afzal and he also worked in 2 Pakistani movies, “WAR” and “Jawani Phir Nahi Aani”. At this time he was hosting a Ramadan transmission on “AAJ” TV channel along Ayesha Khan, who is a super and hot model and actress of Pakistan; she also worked with him the “War” movie.

Now Ayesha Khan is supporting him and she also leaved her message on her twitter to unban Hamza Ali Abbasi from the Ramzan transmission, you can watch the full tweet screenshot below! 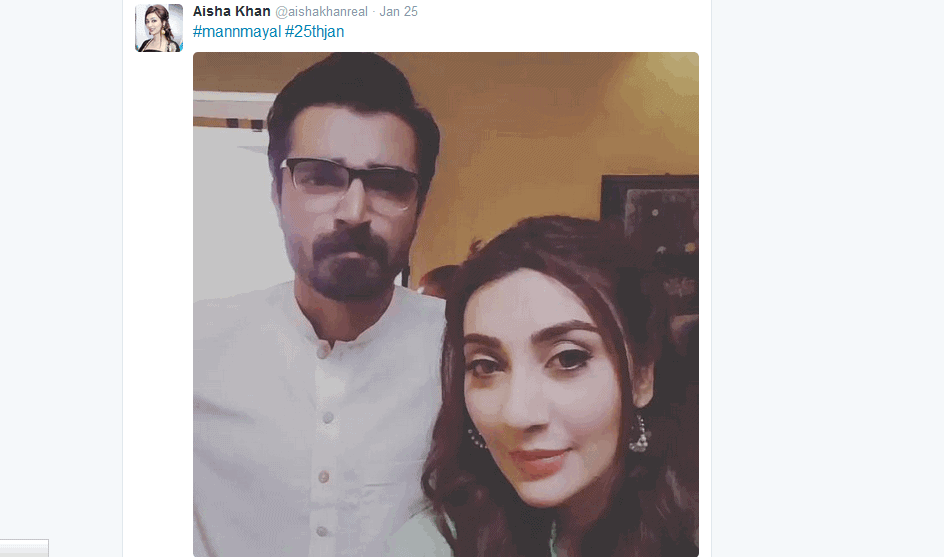